Could Erratic Trailer Behaviour Be Due to Failing Bearings?

If you're used to towing a trailer, you will instinctively know if something is wrong. You will be able to tell if the trailer begins to pull to one side or the other or if something seems a little strange under braking. In this case, you may suspect issues with the individual wheel bearings and should take action as soon as possible to avoid any major issues. What could be going wrong, and what should you do?

Narrowing down the Issue

The typical boat or car trailer is quite simple from a mechanical perspective, and, in truth, there's not a lot that can go wrong. So long as the trailer frame itself is still in good condition, a sudden issue will typically be related to the hub and wheel assembly. Occasionally, the studs or bolts that hold the wheels on may sheer, but this is very rare. It is much more common to encounter issues with the bearings as they are perishable items and endure a lot of wear and tear.

Certainly, the bearings are designed to last a long time, but they can still fail for various reasons. Some operators may overload the trailer by putting too much stress on the entire assembly, while others may overtake the axle nut. More often, however, failure is due to a lack of essential lubrication or contamination entering the area due to a defective seal or grease cap.

Signs of an Issue

A failure is generally progressive and sometimes isn't accompanied by tell-tale signs. You may begin to hear a grinding noise, although this may be difficult to detect as the trailer is some distance from the cab. Occasionally it may smell like something is burning or you may even see the odd puff of smoke as a bearing begins to deteriorate even more. Typically, you will notice that the trailer seems to be wandering and deviating from its typical path.

When was the last time that you had a close look at this area? Are the grease caps still in place, and are the seals in good condition? You are supposed to service these parts in accordance with manufacturer recommendations to ensure that there is a sufficient amount of lubrication at all times. Certainly, it's best to be proactive rather than reactive so that you can avoid any type of bearing failure with a potentially catastrophic outcome.

What You Should Do

If you suspect bearing failure when you are out on the open road, take urgent action. Pull to the side as soon as possible and get in touch with a mechanic, and they will advise you what to do next. It's unwise to tow a heavy load in this situation as, in the worst-case scenario, the entire wheel may come off.

Contact a trailer repair service near you to learn more. 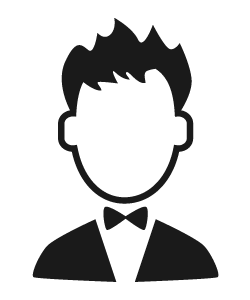 Hi, my name is Don. I'm 19 years old and I live in Sydney. Last year, I bought my first car. I was so excited to own a car at last and to have some freedom. However, being so new to driving, I didn't give much thought to the idea that I might need to service or look after my car. The vehicle wasn't in great condition when I bought it, but it soon started blowing smoke out of the exhaust and making strange sounds. Finally, the tyres became flat. I contacted an auto service centre and they repaired my car and gave me some great advice.

What Are Some of the Different Types of Auto Mechanics Out There? - 9 May 2022

Could Erratic Trailer Behaviour Be Due to Failing Bearings? - 24 February 2022